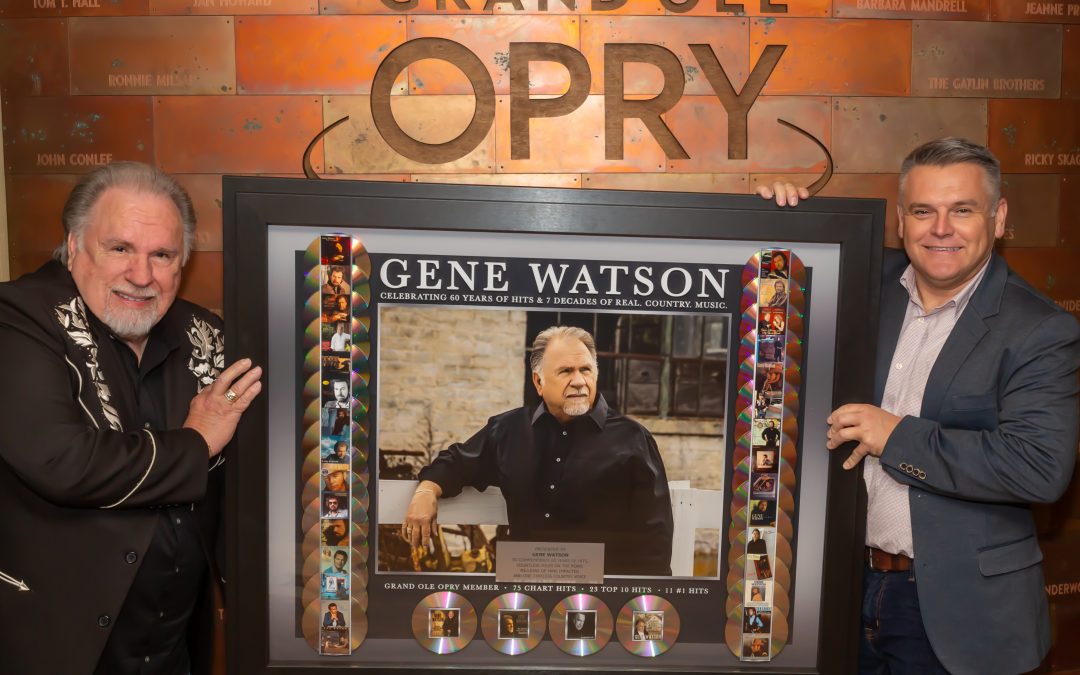 The Grand Ole Opry honors member and legendary vocalist Gene Watson, celebrating his 60 years in the music business. During a performance on Friday, April 8, Dan Rogers, Vice President / Executive Producer, Grand Ole Opry, presented Watson with the plaque after his show-stopping rendition of his octave-jumping “Farewell Party” to commemorate his six decades as an artist, receiving a standing ovation from the packed Opry House audience.

Celebrating 60 years in the music business hasn’t slowed down Watson, who just announced his new album, Outside the Box, due out in fall of this year. The ‘singer’s singer’ has also added more dates to his 60th Anniversary Tour. See full list of tour dates below and to purchase tickets, click HERE. 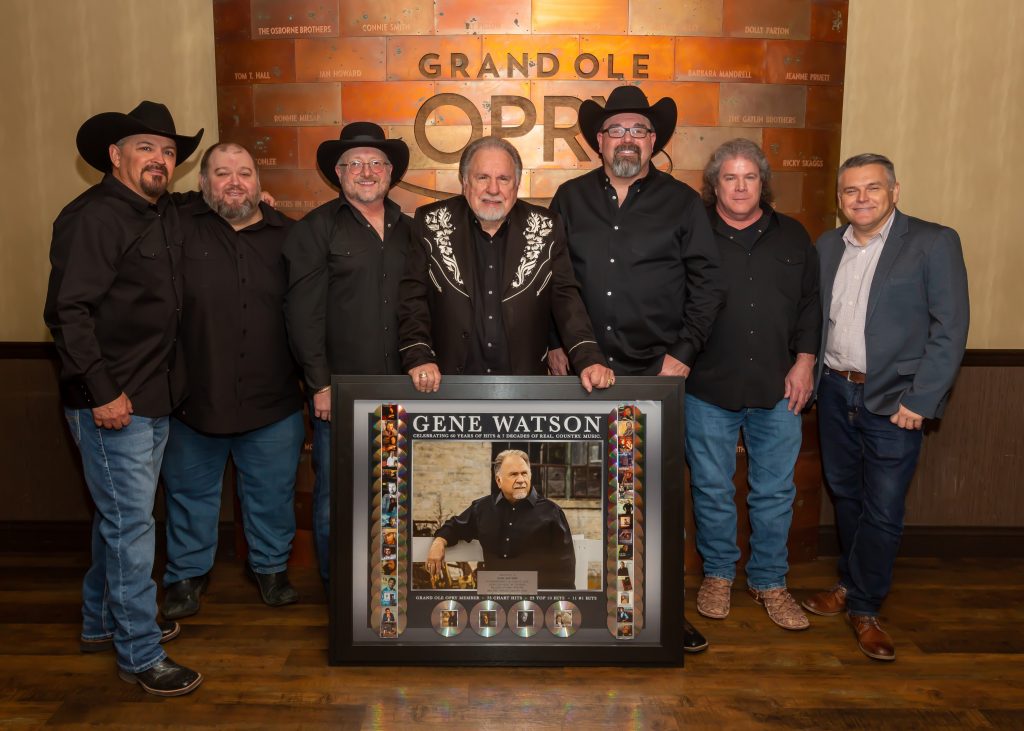 Gene Watson and Dan Rogers of the Opry, pose for a photo with Gene’s Farewell Party Band in front of the 60 Years of hits plague given to Gene at the Grand Ole Opry on April 8th, 2022