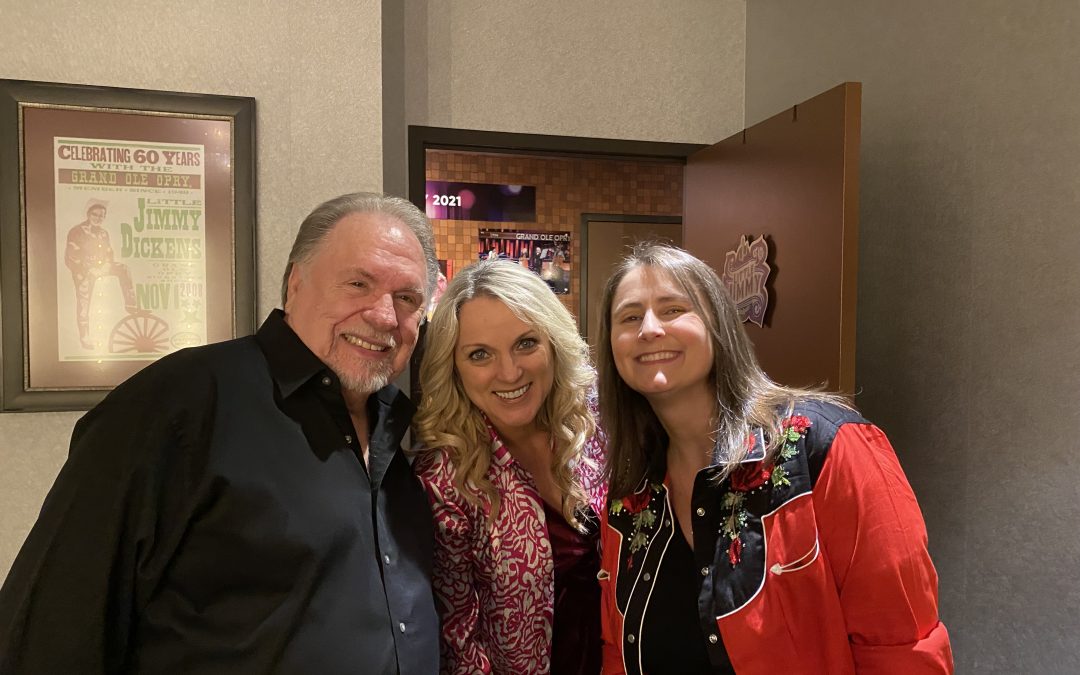 It’s hard for me to say how much it meant to be honored by the Grand Ole Opry on September 29th. I thought I knew what to expect but it was so much more than I could have imagined. Each artist that came on stage to sing one of my songs just blew me away with their performance. It was a magic moment each time. I really hope you were there or tuned in to listen at @WSM AM online. From the moment The Voice winner, Jake Hoot took the stage and gave an amazing interpretation of “Because You Believed In Me”, I was speechless.  Erin Enderlin’s beautiful renditions of “Should I Come Home or Should I Go Crazy” as well as “What She Don’t Know Won’t Hurt Her,” had the audience mesmerized. I knew Lorrie Morgan would have an incredible delivery of “Got No Reason Now For Going Home” and she nailed it. Then, my duet buddy and dear friend, Rhonda Vincent graced the crowd singing with me on “Together Again” and that voice of hers was utter perfection.  Finally, to cap off an evening of special moments, I called up the legend himself, Larry Gatlin, to sing one of my favorite all-time songs that he wrote, “Bitter They Are, Harder They Fall.” We did that one once on a Country’s Family Reunion which was as impromptu as it gets and we did it again for the Opry Classics. As George Jones would have said, “it just don’t get any better than that!”  Thank you to all the Grand Ole Opry staff members who put this special night together. It was and will be a highlight to remember forever. 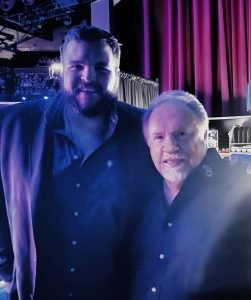 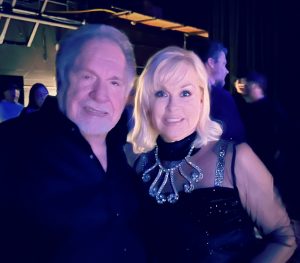 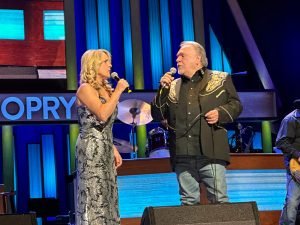 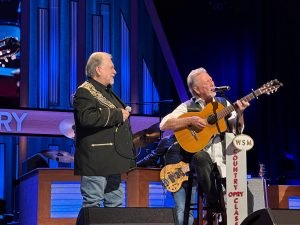 Larry Gatlin and Gene sing “Bitter They Are, Harder They Fall” 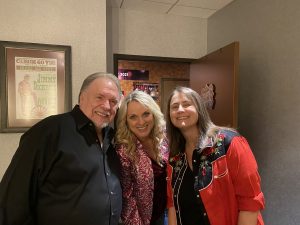 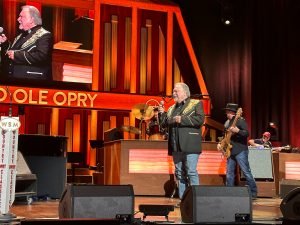