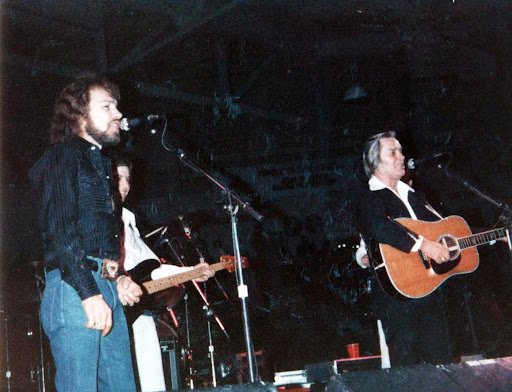 I have a lot of musical heroes and I’ve talked often about one of the greatest in Country Music, George Jones. George was raised in Texas as I was and his mother played the piano in the Pentecostal church so he knew much of the same music I was raised on.  When I broke into the music business, he had me as his opening act on a Canadian tour.  After my show, I’d hang by the side of the stage to hear his music and just try to learn from the master.  It was a highlight for me every night of that tour, that George would call me back on to the stage as he was closing his set for the night and we’d sing a Gospel song together to end his show. Besides the Christmas song “Silver Bells” that we recorded together, George had asked me to do an entire album of duets with him. He always said I was his favorite ballad singer. Unfortunately, as things happen like that, our two record labels couldn’t get that together so we never got to make that album but I was always honored that he wanted to do it.  George Jones passed away April 26, 2013 but his music will live on forever.  RIP Possum