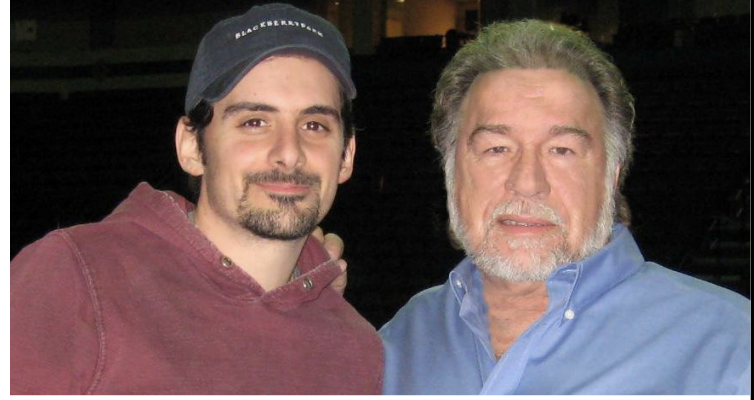 After his soundcheck, Gene stayed to sit and listen to Brad and his band do their soundcheck.  Gene was shocked when Brad launched into “Fourteen Carat Mind”!   As it turned out, Brad and the band love that song so much they do it regularly in rehearsals.

Brad also surprised Gene when just before Gene stepped onstage, two massive video screens appeared with a special video from Brad to introduce Gene.   Here are Brad’s words from that night:  “The last time we played here in Memphis, I got the worst review I think I’ve ever gotten.  It said among other things, I was no Gene Watson.  I certainly agree to that.  That gave me an idea. In the spirit of giving everyone their money’s worth, I asked Gene if he would join the show.  I am thrilled to have the real deal here tonight.  There’s nothing like kicking off the final leg of The Paisley Party with the one and only Gene Watson singing his amazing Farewell Party!”

It was a great night of music for the nearly 10,000 in attendance and they showed their love for Gene and the band with a deafening round of applause. Brad Paisley has always shown his appreciation for “real Country Music” and Gene and the Farewell Party Band thank him for his invitation to share their kind of music that night.