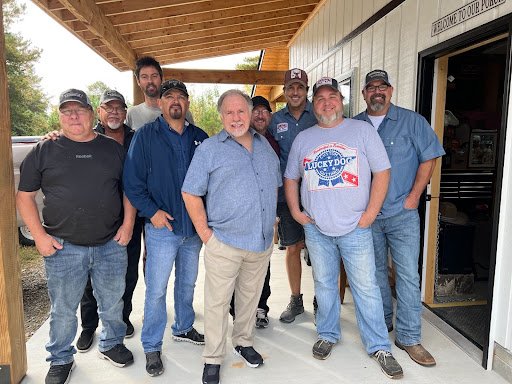 On our way Thursday, October 13th from Hiawassee, GA to Nashville, we made a stop in Cleveland, TN, to meet up with the owner and employees of Lucky Dog Guitars.  Our Farewell Party Band guitar virtuoso, Chad Phillips, plays a Lucky Dog model.  Anthony Sims is the top designer and owner of Lucky Dog Guitars and he allowed us to have a visit in their warehouse where Chad and I gave some input on Chad’s next guitar.  I don’t play a guitar onstage anymore but I still collect guitars so for Chad and I, we were like kids in a candy store.

Chad says “Lucky Dogs are the most unique custom guitars I’ve ever played, with unmatched tone and playability, and Anthony is the kind of friend we’d all like to have.”

Show here:   The Farewell Party Band and the Lucky Dog team of Anthony, Eric and Blake. 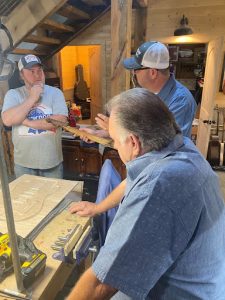 learning more about how Lucky Dog Guitars are made 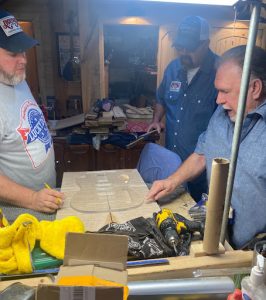 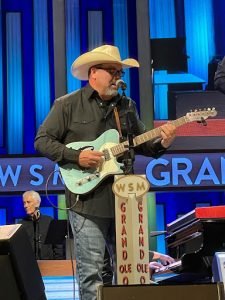 Chad with his Lucky Dog Guitar on the Opry 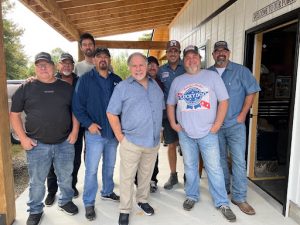 The Farewell Party Band and the Lucky Dog team of Anthony, Eric and Blake