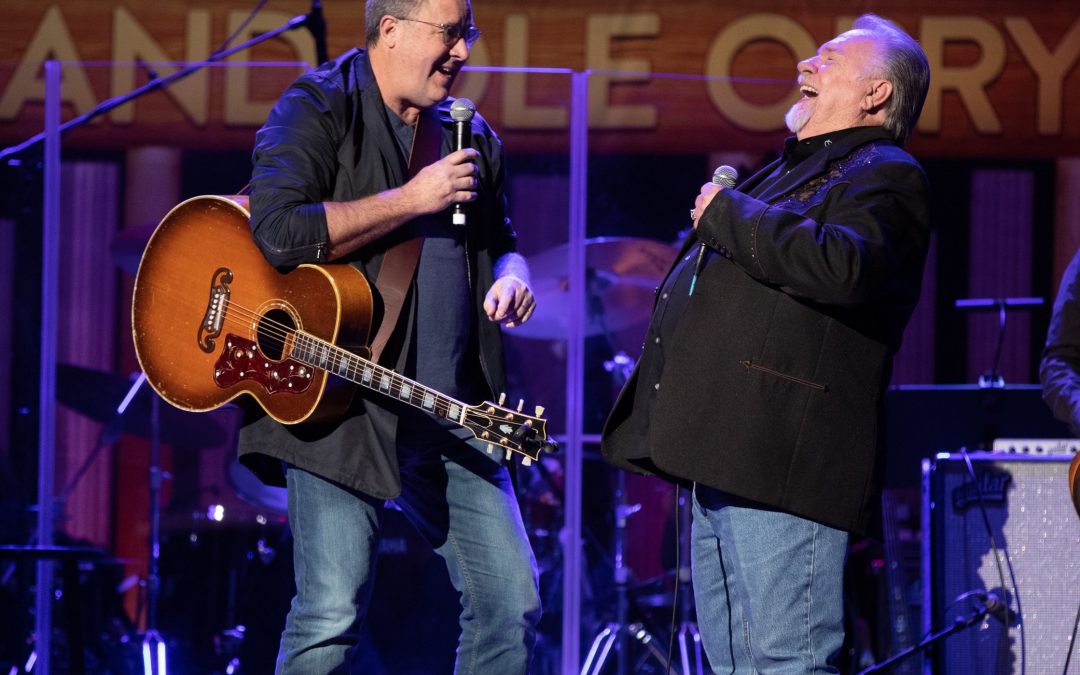 NASHVILLE, Tenn. – (January 17, 2020) – Country music legend Gene Watson was surprised on stage at the Ryman Auditorium during the Grand Ole Opry tonight by Opry member Vince Gill with an invitation to become an official Opry member. Watson, whose hits including “Fourteen Carat Mind” and “Farewell Party” have become country standards, made his Opry debut 55 years ago at age 21 on the Ryman stage.

“He’s one of the greatest country singers that’s walked the earth,” Gill said, introducing Watson on stage to perform. After Watson performed “Sometimes I Get Lucky and Forget” and “Nothing Sure Looked Good On You” Gill asked, “Would you mind singing ‘Farewell Party’? The Opry told me if you would, you could be the next member of the Grand Ole Opry.” A nearly speechless Gene replied, “I’m not sure I have anything left after that kind of surprise” and then gave an outstanding performance that kept the sold-out crowd on its feet.

“The Opry strives to showcase an array of musical styles in every show,” said Dan Rogers, Vice President and Executive Producer, Grand Ole Opry. “When Gene Watson steps onto the Opry stage, fans know they are going to hear one of the most respected traditional country singers of all time. For years, we’ve watched him wow audiences in the crowd and fellow artists backstage. He’s been committed to the Opry for decades, and we look forward to him becoming an official member of the family. Plus, when all is said and done, you just can’t beat that last note of ‘Farewell Party.’”