Gene Watson is commissioned as Kentucky Colonel by Governor’s decree 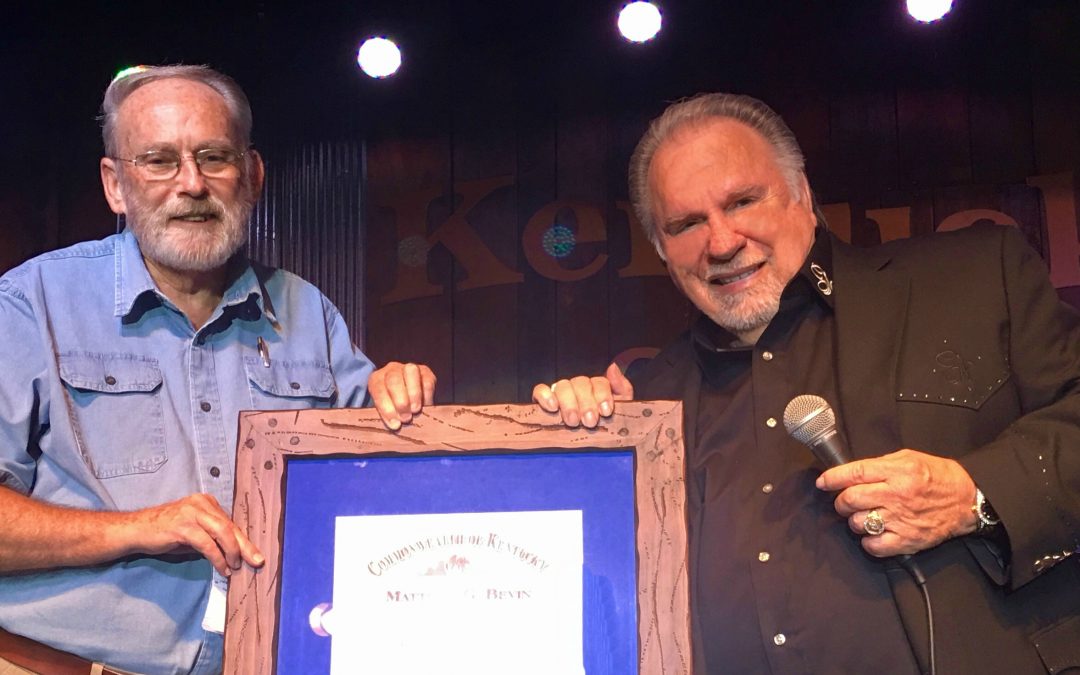 NASHVILLE, Tenn. –  Legendary country vocalist Gene Watson was honored with the commission of Kentucky Colonel during his show at the Kentucky Opry. While on stage in Benton, Kentucky, Bill Cates, a longtime fan of Watson’s, presented the honor on behalf of Governor Mathew Bevins. The Kentucky Colonels were established in 1813 and notable honorees include Winston Churchill, John Glenn, Clark Gable, Bing Crosby, J. Edgar Hoover, Elvis Presley, Roy Rogers and now Gene Watson.

“I am so humbled to receive this honor and be in the company of such renowned individuals. I have always enjoyed performing in the great state of Kentucky and look forward to coming back for more!” said Watson.

The commission of Kentucky Colonel is the highest title of honor bestowed by the Governor of Kentucky. It is recognition of an individual’s noteworthy accomplishments and outstanding service to the community, state and nation. This honor comes on the heels of Watson’s monumental year that included three consecutive No. 1 singles from his album My Gospel Roots and the 40th anniversary of his hit single “Farewell Party.” Watson, an in-demand performer, is celebrating the career milestone by taking his octave-jumping performance on the road for more than 80 dates this year.