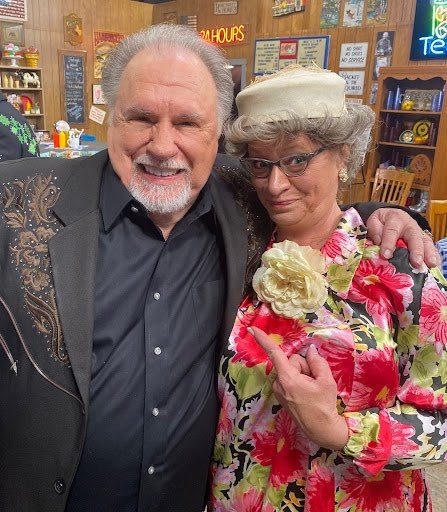 On March 3rd, we taped a show for Larry’s Country Diner that airs on RFD-TV on June 2nd (check your local listing for the time). This is one of the most fun things we do.  Everyone on the show is a friend so when we arrive, there’s a whole lot of catching up, just like it is with a family reunion.  On this particular day, I was fortunate to have my band in town so I was able to have my piano player, Glen Rodgers, and my guitar player/band leader, Chad Phillips for the performance.  We also had the great Ben Hall helping out on guitar as well.  Of course, Keith Bilbrey and Larry Black along with Nadine kept us laughing.  My band members who were not performing were seated in the audience and you don’t know what it’s like to look over there and see them shaking their head at something you’ve just said.  Normally I can keep my back to those guys on stage, but not here. When you watch the show, you’ll see they were fully participating to keep me in line. Coming up right after us to tape their show was The Malpass Brothers, Chris, and Taylor. Those guys are just phenomenal.  If they’re anywhere near you, don’t miss seeing their show.  These guys are keeping traditional music alive and well plus their humor just adds to an unforgettable performance.  Of course, when we get together we’re talking cars and trucks because they have the same addiction as me for car parts and putting old junkers back in order. 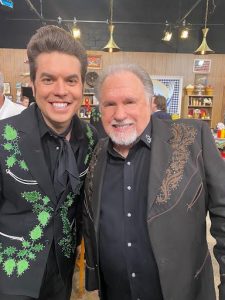 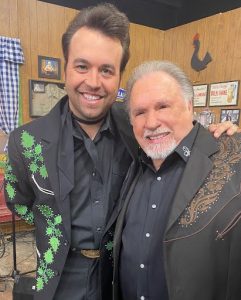 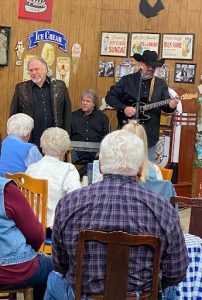