A Great Night at the Opry 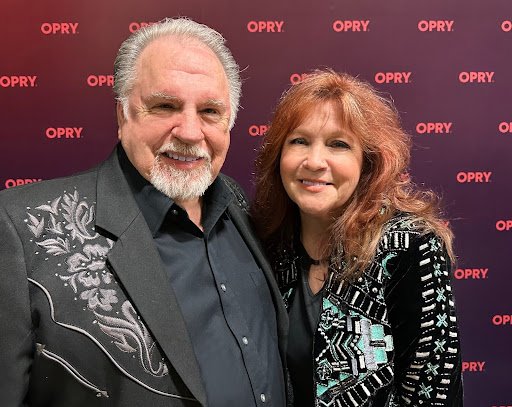 We had a tremendous night at the Grand Ole Opry Saturday, December 10, 2022.  The traffic getting to the Opry during the Christmas season is a story by itself – but we managed to arrive early. In fact, Ricky Skaggs who was supposed to open the show was so tangled in traffic that the Opry staff asked us to go on first – but Ricky Skaggs did put on an amazing show when he finally got there!

On this special night, Ashley McBride was being inducted into the Opry so there were some very special guests backstage and we invited our own very special guest as well.  We were proud to bring onstage for her Opry debut, Ms. Lisa Layne, the original singer of the enormous Christmas hit, “All I Want For Christmas Is You.”  As I told the Opry audience, I’ve always loved that song and I went to look it up and found it was by Vince Vance & the Valiants.  Well, folks, that golden voice on the song is no “Vince anything” and what a surprise it was to me to find that Lisa is the better half of our steel player, Boo Miller. Is it a small world or what.  So we had Lisa come onstage to sing her monster hit and she just outdid herself.  She was so incredible that the Opry asked her to repeat that performance on the second show.  That’s what I call a great Opry debut! (photos with Lisa below)

As to the other artists backstage, we ran into Wynonna Judd who had come to support her friend, Ashley McBryde on her induction night. I enjoyed a short visit with Wynonna backstage (see photo below).  Terri Clark who handled the induction ceremony popped into my dressing room to say hello.  We always appreciate Terri, not only for her singing but she also hosts the popular Country Gold syndicated radio show.   To keep the surprises going, the audience roared their approval when an unannounced guest, Eric Church, the 2020 CMA Entertainer of the Year came onstage to sing a few of his huge hits and later Eric visited my dressing room to say hello. I appreciated his kind words on my music and saying he was a fan.(photo below)  It’s always a wonderful time to be at the Opry but this night was just extra special. 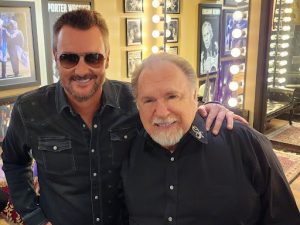 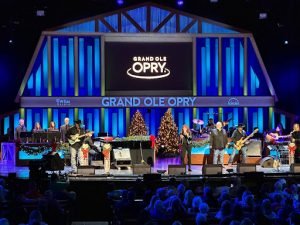 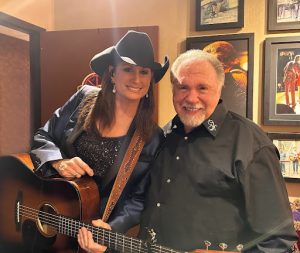 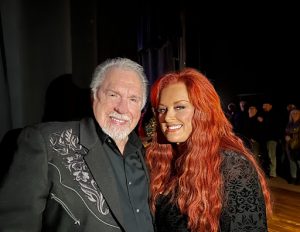